Infinix Smart HD 2021 Review: The year 2020 was very special for the phone manufacturer Infinix. This year, the company launched many new smartphones and audio products in the market. The good thing is that the company introduced devices keeping in mind the users of every segment, these include smartphones ranging from entry level to budget range. Recently, Infinix launched its entry level segment Smart HD 2021 smartphone. Which has been very much discussed during the launch of its battery capacity. This smartphone has a 5000mAh battery that is rarely seen in the entry level smartphone. But what is special about it apart from battery and can it be a best entry level smartphone? You will get this information by reading the review.

This smartphone has been launched in single storage variants in India and is priced at Rs 5,999. In its box, you will get micro USB cable and standard charger along with the smartphone.

The name of Infinix Smart HD 2021 itself is clear that it has an HD display that will give better viewing experience. It has a 6.1-inch display, which is a screen resolution of 720×1560 pixels. Despite being an entry level segment, the design of the phone can be said to be quite beautiful. By the way, this design has been seen in many phones of the company but this time it will be seen on the side instead of the speaker bottom in the back panel. At the same time, there is a fingerprint sensor for security in the center. It has a single AI rear camera of 8 with autofocus. The grip of the phone is quite good. You can control it comfortably with one hand. But the touch of the phone did not make us smooth. Which is realized when visiting an app or opening a home page. The back panel of this phone can be removed as it was in the old smartphone. Only after removing the back panel of the phone, it can be simulated. Nowadays, the smartphones coming in the market have a non removable panel and the SIM slot is available in the side panel itself. But to install a SIM in Infinix, you have to remove the ban panel and then install the SIM. Which makes it feel like an old phone. This smartphone has been introduced on the quad core MediaTel Helio A20 processor and can give satisfactory performance. But you cannot use heavy gaming in it. This smartphone can be used as normal, in addition to watching videos in it, you can also use social networking sites comfortably.

Infinix Smart HD 2021 has an 8MP single AI rear camera that clicks ordinary photos. However, it has given you features like AI, beauty, portrait and panorama. Which can help you click a slightly better photo than normal. It has a 5MP front camera, however, it cannot be used for a great selfie. But when needed, it can be used for video calling.

Now let’s talk about its battery, which is its main feature. This smartphone has a 5000mAh battery, which can provide long backup in a single charge. We charged it and used it throughout the day and even at the end of the day it had 25 percent battery left. In this, apart from watching videos, we used a lot of surfing and calling social sites. After which you can say that battery backup will not disappoint you at all. 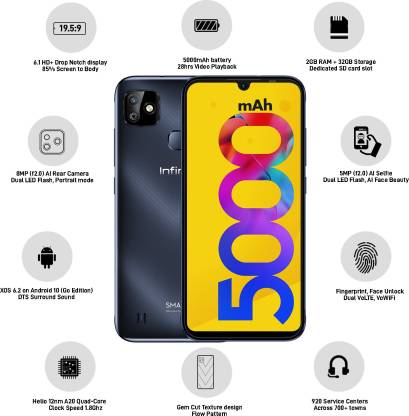 After the review, we can say that apart from photography, Infinix Smart HD 2021 smartphone meets your expectations in almost every feature and segment. Because one cannot expect more from an entry level segment smartphone. So if you want to get a smartphone with a large battery at a low price then this can be a good option.

How to add Email box

What Are SEO Keywords and Why it is Importance ?